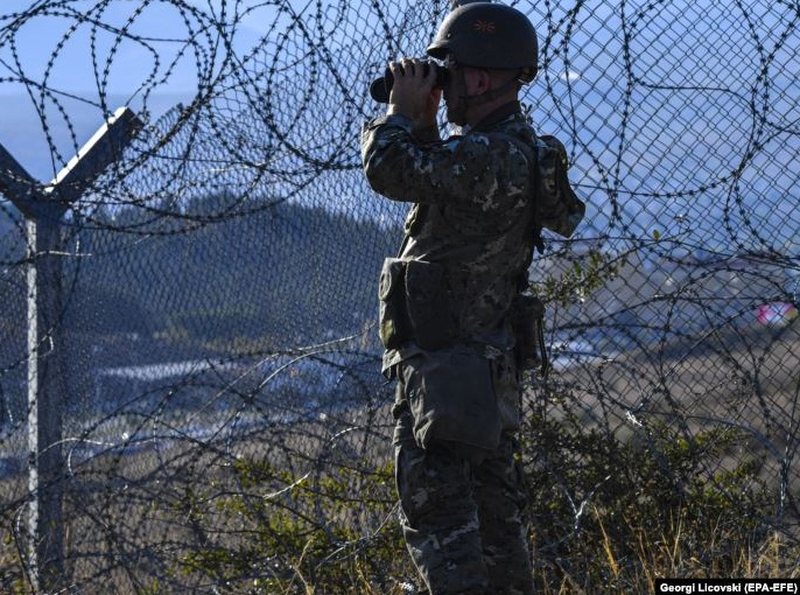 Northern Macedonian police detained 78 migrants while illegally transporting a truck with a Skopje license plate. Migrants have stopped near the town of Ship, believed to have entered Greece illegally. The driver of the vehicle, a Macedonian citizen from Veles, has been detained and is being questioned by police for the illegal transfer of migrants. The origin of the detained migrants is still unknown.

Ministry of Internal Affairs spokesman Toni Angelovski says the number of migrants entering northern Macedonia in recent days is at normal levels and that despite tensions on the Greek-Turkish border, there is still no major flooding in the country. direction to northern Macedonia.

“The situation on the southern border has not changed. We have a standard number of attempts to enter our country illegally. I can say that the citizens do not need to worry, as the police units are ready to intervene in case of need ”, said Angelovski.

Deputy Prime Minister for European Affairs Bujar Osmani said that the institutions are ready for any new wave of migrants, and that they are coordinating with Frontex and EU member states.

"We are in constant coordination with EU member states and with our partners we have been monitoring the situation since the issue began to deteriorate. Our institutions are ready to deal with a possible hypothetical wave of refugees," Osmani said.

Northern Macedonia has been part of what is known as the "Balkan Route" for migrants and refugees who have sought to reach any European Union country.

According to the latest data, in the first three weeks of January alone, some 1,365 migrants were sent to the detention center as they entered northern Macedonia illegally.

Northern Macedonia experienced the largest wave of migrants in 2015 and 2016, when tens of thousands of migrants entered the country. In the border areas with Greece, clashes with security forces were also recorded, while residents of the districts were forcibly prevented from setting up camps for their housing.